Of Panties and People: Fads and Choices 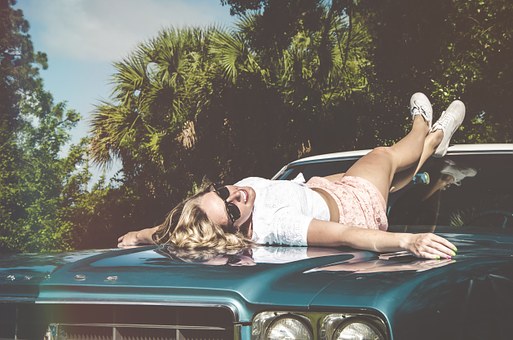 Can the demand for distressed garments push you to the ultimate intimate?

Distressed panties will not be something I will purchase even though I’ve got a few and they are too comfortable to let go. I had this crazy thought as I hung my undergarments on my outdoor line to get some sun while drying.

Imagine walking into a store and finding tired looking panties, shreaded, and with holes. Hmm that would get folks talking. It could even get those folks inclined to be ‘trendsetters’ buying a tired beatten flimsy panty for maybe double what one would pay for the regular stuff. The mind of the consumer can be confusing at times, thus I’m trying to figure out what would make someone get insane with intimates!

Teeny Tweens. I can see this group of young-uns checking out a Kardashian blog or Taylor Swift update to see if they are wearing distressed briefs. If ‘reality and other famous stars’ are into a trainwreck piece of cloth these impressionable babes will be sure to get on that band wagon. Does modesty have a place at any age anymore — I’m not sure. 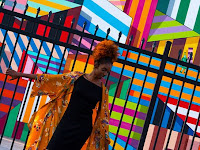 Distressed panties can also be the ones which hold a story of infidelity. They are distressed because the owner is distressed, highlighting rage, scorn, and hurt from deceit. These are panties distressed because they are hidden, abused and cast aside as discarded passion without remorse in many cases. The story of your undergarments are indeed the holders of mystery and sometimes shame.

Your distressed panties can be powerful, but you must see beyond the stories you choose to share, and empower yourself to use them wisely!

Fads are more than just the outcome of formal or informal marketing. Fads are now cultural ideas which can capture and hold a sector of the market, creating a movement, and a symbol of rebellion. Choices of clothing and decisons on 'what to wear' and 'what not to wear' are decisions we make everyday.

In the past women could not wear a bathing-suit in public, much less a gown which revealed her bosom. Nowadays, less is more in pushing the boundaries of acceptence and women are leading the way when it comes to 'the right to choose'. This goes beyond the boundaries of clothing, voting, driving a car, and choosing not to wear a head-scarf. Choice for women is much more than the superficial garments, and it is a symbol of our human equality and acceptence in a male dominated world.


Everyone, including minorities, have a desire to break through that famous glass-ceiling. Who has the right to choose what religion one should embrace or what  one should believe? While fighting for our rights we must keep in mind there are extremes to everything and at some point, being right can become wrong for those of a different belief.

Getting back to the superfical ... will you choose to buy a pair of distressed panties, and if so, do you wish for an original or will the counterfeit version be preferable? Do you want the ones that are stretched out of shape or will you buy the ones with many holes and thread-bare? Will fabric matter at this point and is colour an option? Will you need to select based on comfort or will it matter when no one can see it?

In contemplating this possible trend, I'm holding on to those oldy goldies, one day my distressed panties can make a comeback!


Thank you for reading, sharing and commenting. Looking forward to our thoughts on this topic! 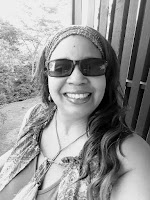 Sharing that not so good review! 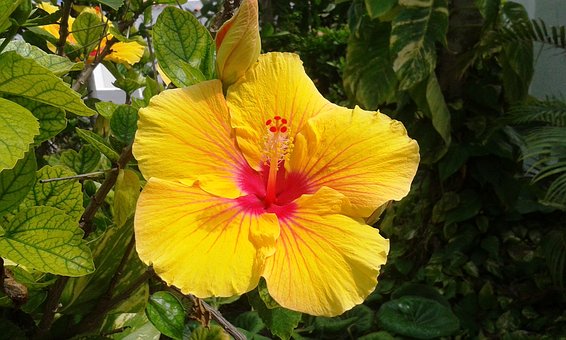 What do you do when you want to leave a realistic honest review but know the other side won't take it well?
In the past I would never be afraid about sharing a review which is negative, however we live in a society where less than positive reviews are frowned upon. Everyone's opinion is just that... an opinion. If the experience one had is negative, should that review not be shared?
There is a saying I've developed over the years, "If himself tells himself he is good, then he is good in his vision and his reality is himself!". From political, social, religious, and even personal perceptions, growth can only be exponential if the views and others are considered. It does not mean we must change to suit others, but simply means everyone is not receiving what we think we are giving. There is also the perspective that coming out of differences we can learn and improve.
I recall at an office party for an outgoing manager the Ceo advised, the manager would ask every couple months for an informal review. He asked for specific feedback on areas where he fell short and could improve. Whatever the feedback - and it was not good on many occassions - he accepted it , thanked his boss and worked on improving and sharing evidence that the feedback was important to him. When he was leaving she shared on her own learnings from those sessions and her growth gained from those interactions. He also advised in his comments to the Ceo and crowd afterwards, that he could find no other way of making changes for improving himself and his team without feedback - and using its critical assessment of where he was at each junction of his career.
The reality is 'keeping it real or real talk' is simply just talk if we only wish to hear the positive things and not the areas of disagreements.
When sharing reviews if the negative things need highlighting don't cover them up with positives. Share thoughtful opinions clearly and then acknowledge the positive things done. As a society, and a world people, we have become quite thin-skinned, and this can slow progress.

Just something to think about!

Be blessed and encouraged.

Thank you for reading, sharing and expressing your thoughts , you are greatly appreciated! 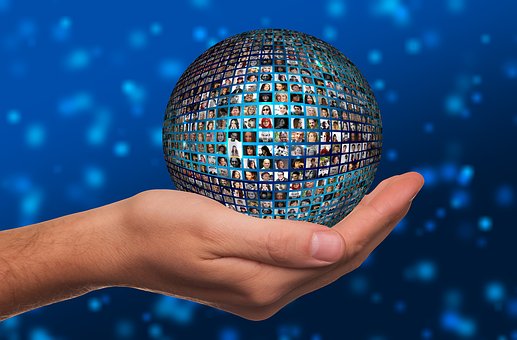 After reading a few articles and declining to read some more of the world headlines facing me today, I've come to the conclusion, that the world is really in a mess. Let me rephrase; many people in the USA are in a mess - morally, socially, spiritually, humanely. That about sums up my position on racism v vulgarity.
The fact that this can even be a topic of consideration underscores that sensationalism has taken over the more pressing need to solve world hunger crisis, terrorism control, species extinction, hurricane disasters, refugee crisis, human trafficking, global racism and gender biases, and the list goes on.
Twitter has become the tool of many folks who want an excuse to say what they want , when they want and yell "free speech" is our right. Thats a lot of 'bull and poppycock' if you ask me. Things are getting out of hand and while I would like to lay the blame squarely of the not so strong shoulders of the USA president, this is not about him but about 'we the people' and responsible behaviour. While I do not support the downward moral and social spiral of the USA into the relms of dominant racial society, it is the people who make up a country, and the people who get to steer it to the ethically and morally acceptable place it will reside. 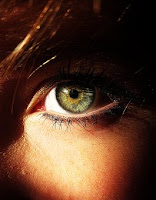 The bigger picture is facing the picture that the USA is a victim of its own making and maybe its national anthem. The anthem is at loggerheads with the society, and the people are sharply divided, between 'racism & vulgarity verses something else'. I'm not sure what that something else is, but I think that there are people who really desire an all inclusive society, courageous bravery, and a love for humanity.
The religious fractions are not able to stand on any moral ground, being now persuaded by power and their own delusional beliefs in trying to bring 'the rapture' and 'the end times ' to present times. Just look at these people of faith who twist and turn the words of the holy bible towards their struggle to control the present and the future. Forgetting, that the God of heaven and earth stated that 'no man will know the hour or time when he returns'. Yes, ye of little faith - the religious leaders of the evangelical, pentecostal and other 'christian religions. Thankfully, not all christians will believe the greedy words of these morally decrepit con-artists. Forgive them Father for they have sinned - wanting a few aeroplanes, yatchs, Louis Vuitton, mansions, and so much more wealth that sinful is too soft a word to describe their 'material debauchery'.
Racism will never be good or acceptable. However, once there are people who desire freedom of speech, and freedom of choice, there will be folks who choose to be racially prejudiced. You cannot give full freedom and then decide its going to be free based on one point of view - and that is really left to interpretation. The world is seeing and feeling the effects of 'freedom'. So now, I must ask - do we really want everyone to be free to choose what they want because what everyone wants as  beliefs can differ. Maybe it should be  'conditional freedom' of choices based on laws of a freely conditional society. You see, the scales of a legal society must be free to all and not some. 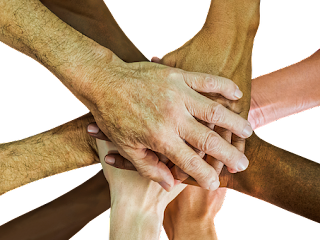 When President Bill Clinton was fulfilling his term, he was considered a good man and leader until he got caught with his lifestyle choice. Otherwise he was pretty good, and had a good wife. He was made to publicly attone for his sins, and the religious fraction weighed in and persecuted him. Then came Barrack Obama many years later, and a big part of him as the president and leader had nothing to do with his exceptional leadership skills, but was because he could not be found to have any apparent sin which the public could hold against him - well, nothing can compete with the color of his ebony black skin. The birther and race issues were raised, and though the birther lie was given life, his skin color was a torn in the side of those with racial bias.
Thus the floor is now set to broach vulgarity, and the liberty many people of power wield. An actor can act many roles however a president of a country is not acting when taking office. The state of affairs in the USA is beyond absurd as law and order is different based on race, gender, political affiliation, religious beliefs, social status and ethics of compromise. When thinking about vulgarity there is one rule for the leaders and another for the commoners. Much can be said on this, however, the sadder point to note is the fall from any position of grace. Civil war is imminent, if its not already bubbling. In fact there is not much difference between Venezuela and USA right now, except one is further along the downward spiral than the other.
So as I ponder racism v vulgarity, both are bad, therefore choosing one is choosing the lesser of both evils yet in a pristine white mausoleum in the capital city of Washington DC, USA,  lives a ruler with both racism and vulgarity as core attributes and it is acceptable once he resides there, based of the color of his skin. The society is the face of the leader - like it or hate it - when the people choose, who they are is reflected.
There is hope though for those  who feel wronged by the results, and wish to lobby for change. Good always prevails, but it takes hard work, great strategy and a whole lot of faith.
Quite interesting times. Just something to think about!
With permission from the blog Citizen Life Changing Times...

Photo Credits: unsplash.com/Maksym Kaharlyt Another Dance   Move onto the floor Gaze around in this place Find the one who connect... 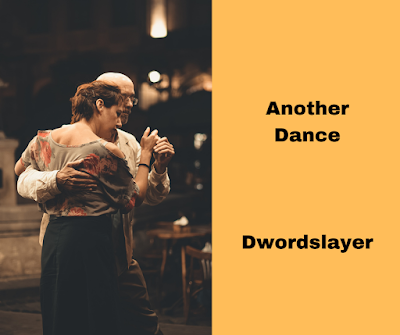